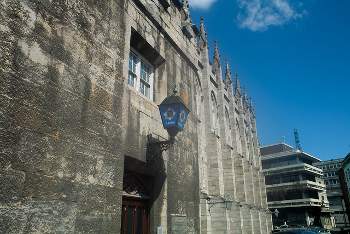 All may not be revealed

The Spent Convictions and Certain Disclosures Act 2016 sets the standard for disclosure.

The enactment of this legislation brings Ireland in line with most other EU states in providing that people convicted of relatively minor offences can eventually leave the past behind and look to the future with confidence.

What convictions will be spent?

In accordance with the provisions of the Act the following convictions will be spent:

· All convictions in the District Court for Motoring offences which are more than 7 years old will be spent, with the proviso that spent convictions for dangerous driving are limited to a single conviction.

· All convictions in the District Court for minor public order offences which are more than 7 years old will be spent.

· In addition, where a person has one, and only one, conviction (other than a motoring or public order offence) which resulted in a term of imprisonment of less than 12 months (or a fine) that conviction will also be spent after 7 years. This provision will apply to either a District Court or Circuit Court conviction.

It is estimated that about 85% of convictions will become spent after 7 years as a result of this Act. The Act does not apply to any conviction for a sexual offence or an offence which was tried in the Central Criminal Court.

Where can I get more information?

Suspending an employee You need a very good reason Because of the impact it can have on an employe...

Dealing with abesenteeism A difficult choice When an employee repeatedly fails to turn up for work...

The Employee Handbook What every employer needs to know about the employee handbook The Employee...

The Office Party Planning the festivities Like all good events, it doesn’t just happen. It require...

A Verbal Warning What is it and how to avoid getting it wrong A verbal warning signals the start o...

Only a bit of fun or sexual harassment? The need to communicate and implement a workplace anti-h...