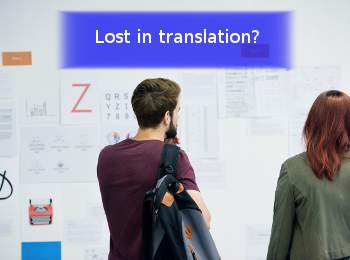 A lot has changed since then.

Ireland has welcomed and relied on a large number of workers who do not have English as their first language. A prudent employer in Ireland should consider translating important employment documents so that they can be understood by all employees.

A failure to translate important employment documents may result in discrimination.

In a 2008 case ( 58 Named Complainants v Goode Concrete Limited ) the 58 foreign nationals argued that the failure of their employer to furnish them with contracts and health and safety documents in a language which they could understand was discriminatory. The Equality Officer found that they were treated less favourably than their Irish coworkers and this constituted discrimination. It was recommended that all employers should have in place measures to ensure that all employees are able to understand their employment documents and avoid treating foreign national employees less favourably than Irish employees.

The burden of translating a large number of documents for a large workforce may be financially large. At the very least an employer should arrange to have the documents explained to the relevant worker by someone who speaks a language they understand.

How can I prove that I had all documents explained ?

It is a simple matter to arrange for the employee to sign an acknowledgement that the contract (or relevant document) has been explained to them in a language they understand and they fully understand its content. This acknowledgement should by in English and their language.

The Employment Equality Act 1998 (Code of Practice) (Harrassment) Order 2012 deals with employment policies and procedures. Under this order employers must ensure that all empoloyees have access to the company equality policies . Employers are obliged “to provide, where necessary, for the translatiojn of policies and procedures into languages other than English as appropriate with provision of interpreters.”

Make sure everyone understands

Common sense should prevail. Where the number of foreign national employees are small, it would be cost effective to translate all employment law documents.

For employers with large numbers of foreign national employees, the challenge is to avoid discriminating against those employees. Failure to do so could result in having to pay awards of up to two years gross remuneration. The employer in the Goode case was ordered to pay the sum of €290,000 in compensation to the complainants.

Whether you are an employer who is seeking guidance on how to avoid discrimination in the workplace or an employee who feels you have been discriminated against as a result of the failure of your employer to provide a translation of your employment documents please contact us using the blue button, for a free time limited consultation.

Coping with stress at work

Are you suffering as a result of bullying or harassment at work? Take care. Take advice   ...

Workplace injury Act Now, before it's too late If you have suffered an injury at work whic...

Zero Hours Contracts From Zero to Nil A zero hours employment contract is one where an employee mu...

The signs of workplace bullying

Direct discrimination It is illegal under Irish Equality legislation The Employment Equality A...

Losing your job What next?   Whether you have been dismissed from your employment, o...

Have you been unfairly dismissed ?

What to do if you are unfairly dismissed from your employment. 10 Point Guide If you feel you ha...

Employer relocation Employee rights In this article we look at the rights of an employee where an ...

Unfair dismissal, Fair procedure and Natural Justice In this article we examine how the rules of ...

Questions to ask when you are being fired...

What should you ask when you are being fired? Questions to ask that will help you later Being to...