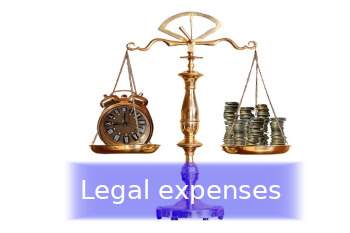 Is there a lawyer in the room ?

Fair procedures are an essential part of any workplace investigation. The Irish constitution guarantees the right to fair procedures. The Irish Courts rigorously protect that right.

The High Court case of Lyons v Westmeath Education and Training Board looked at the question of entitlement to be legally represented. Mr Lyons was accused of bullying a workplace colleague. In the course of the investigation Mr Lyons was not afforded the opportunity to cross examine his accuser and was denied legal representation. The findings of the investigation report had serious reputational implications for Mr Lyons.

The High Court found that the investigation had breached Article 40 (3) (1) and (2) of the Irish Constitution which set out that;

“The State guarantees in its laws to respect, and, as far as practicable, by its laws to defend and vindicate the personal rights of the citizen.”

“The State shall, in particular, by its laws protect as best it may from unjust attack and, in the case of injustice done, vindicate the life, person, good name, and property rights of every citizen.”

The Court held that the investigation breached the rules for fair procedure by denying Mr Lyons the right to cross examine his accuser and not allowing him to be legally represented.

Thankfully two later decisions of the High Court were handed down in the same year which clarified matters. The essential difference in approach seems to flow from the distinction between an investigation which produces findings and one which is a purely fact gathering exercise.

The case of NM v. Limerick and Clare Education and Training Board identified the critical issue as “The decision to be taken by the investigators in this case could not be regarded as a final or binding finding of fact against the applicant.”

The case of EG –v- The Society of Actuaries Ireland used the distinction between an information gathering process and an investigation which produces a finding which has consequences detrimental to the employee being investigated. The court held that “an appropriate standard of fair procedures must be applied at all stages of a tiered process” It was noted that there may be situations where “a stronger degree of procedural protection may be required having regard to the

decision to be taken at the investigative stage or its potential consequences”.

While these subsequent cases have been helpful in terms of the clarity which they have brought, an employer must now give full consideration to the question of legal representation. A decision must be made early on as to whether it is a fact gathering exercise or an investigation which produces a finding. If the latter, then the question of legal representation arises and must be factored into the equation.

The distinction which these cases have made is welcome. It would be unfortunate if a situation arose where the investigation of a complaint involved more lawyers than the subsequent WRC hearing.

The question of legal representation for an employee at a disciplinary meeting has been re-examined in the Workplace Relations Commission (WRC) recently (October 2018),(ADJ-00011096).

The Code of Practice on Grievance and Disciplinary Procedures states that an employee is entitled to have a representative with them. The “Representative” is defined as “ a colleague of the employee’s choice and a registered trade union but not any other person or body unconnected with the enterprise”. The Supreme Court case of Burns & Anor. V The Governor of Castlerea Prison, [2009] IESC 33 held that there was no right to legal representation at disciplinary hearings within the organisation. Exceptions may exist when required by the principles of constitutional justice.

The High Court cases mentioned above expanded on this.

A recent decision of the WRC has come to a similar conclusion as the Supreme Court Decision mentioned above. In the adjudication (ADJ-00011096) The adjudicator held that the refusal of the employer to allow the employee bring legal representation or an advisor from the Citizens Information Centre to a disciplinary meeting was not unfair.

The adjudicator found that the employee had prejudiced himself by choosing not to bring a representative to the meeting, as per the Code of Practice on Grievance and Disciplinary Procedures.

The employer had failed to deal with the dismissal effectively in other areas and there was a finding of unfair dismissal. The award was reduced as the adjudicator held that the employee had contributed to his own dismissal by 75%.

As can be seen from this article , the area of legal representation at disciplinary hearings can prove difficult. To protect yourself as an employer you must have a clear statement in your Grievance and Disciplinary Procedures , specifying what representation is allowed at all stages of a grievance and disciplinary investigation and hearing. It should clearly state that there is no absolute right to legal representation. It would be advisable to have it reviewed by an expert to ensure that it complies with the rules of Natural Justice.

If you find yourself in a situation that requires an internal investigation, it is advisable to seek professional help to ensure that none of your procedures cause an expensive breach of fair procedures.

We have over thirty years experience and can be contacted using the contact us button.

The legal minimum Why you need more than that As an employer, you must provide all new employees w...

How to calculate the minimum wage What is reckonable and what is non-reckonable? This articl...

Fraud in the Workplace

Fraud in the Workplace The incidence of fraud at work has increased in recent times in Ireland. Thi...

Beyond the written contract

Third party CCTV footage and the GDPR What every employer should know The General Data Protectio...

The transgender employee Steps you should take to avoid discrimination As a...

Top 10 Tips in Employment Law for Start Ups and everyone A written employment contract. Yo...